From an interesting article from Jarle Aasland on www.nikonweb.com/alanbartlett/, text by Alan Bartlett, who founded Nikon's European digital imaging division in 1988.

"Nikon saw itself as a hardware supplier and did not see any reason to extend the Nikon brand into software or services. In 1988, at the MacWorld show, the Nikon team was approached by two brothers who offered them the rights to market an imaging software application. The brothers were Thomas and John Knoll. The application was called Photoshop.

Whilst there was a great deal of enthusiasm for the product from the Nikon European and US marketing teams to market the software under the Nikon brand, the Japanese HQ decided Nikon was not a software company and they could not see a market for it so turned down the opportunity. The rest as they say is history. (Just for the record, Kodak as well as several other photographic giants, turned Photoshop down too.)

[Adobe decided to purchase the license to distribute Photoshop in September 1988. Photoshop 1.0 for Macintosh was released in 1990.]" 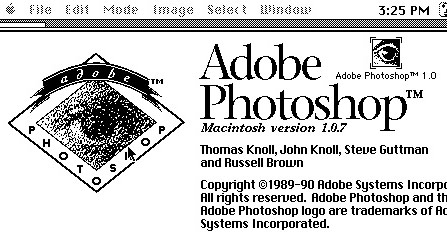 Two files are available, issues through #100, and #101 through the latest issue. Download Index PDFs.

NHS's Stephen Gandy maintains one of the most complete sources of information about Nikon rangefinders.